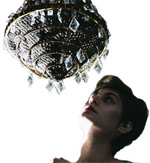 My first film, VETA is about chaos, my second film HOW I KILLED A SAINT is about confusion, I AM FROM TITOV VELES is about the end of a nation. Identity is no longer connected to a birthplace or origin, people search inside themselves for definition.
The film prepares you for a new beginning, a renaissance that can start precisely here in the Balkans, a movement that will focus on our future rather than our past, as it has been so far. I turn to beauty, harmony and balance in the environment that surrounds us, and it is through beauty and simplicity that I have chosen to tell my story. Form and style are determined by the context of the film, an idea which deeply connects with my personal vision as an artist. Nostalgia is a profound emotion in all of my films, and it informs this ending: the end of the characters, of the nation. However, it is a sacrifice we must make. We must end in order to begin again.
I believe in telling contemporary stories in cinema, reflecting on issues and dilemmas that are important for one’s society and culture. And what is contemporary is not necessarily political, as one always expects in the Balkans. There are also economic, cultural, social factors, as well as the traditions that make Macedonia and the Balkans what they are.

MACEDONIAN SOCIETY
I AM FROM TITOV VELES is set in contemporary Macedonia, in her social and cultural realities. The three sisters fight against the norms but also long to be a part of them.
Due to the rapid changes and great confusion of the past decade, the conflict, war, and transition – political and economic, many negative aspects of our society have surfaced, and the three sisters struggle to find their places as women and equal citizens in this deteriorating world.

THE ORIGINAL IDEA
In the summer of 2003 I read an article in a local newspaper about two sisters who died in a fire in their family home. When they were found, one of the sisters was laying closer to the door with her head smashed while the other lay beside her, hugging her tightly. After some research I learned that they were both heroin abusers.

DREAMS
In a stylistic sense the film approaches the traditions of magic realism. Dreams are an important aspect in the lives of these characters, and they are the naked representations of their wishes and desires. Dreams externalise the inner life of Afrodita.

DIRECTOR’S VISION
I see this film as a conversion of stagnant pictures, where it is only the characters that move within the frame. I AM FROM TITOV VELES is a highly emotional story, a tragedy right from its start and I aim to get right to the stomach of the spectator. You might describe it as taking a long deep breath of very cold air. Although it is the story of a family falling apart, Afrodita’s final act of sacrifice is in essence a noble act and a cry for something that had been, but is no more.

I AM FROM TITOV VELES is a film in search of beauty everywhere, even in the most unexpected and uncomfortable places and aspects of daily life. My main themes as a director are: simplicity of form and roughness of emotion.