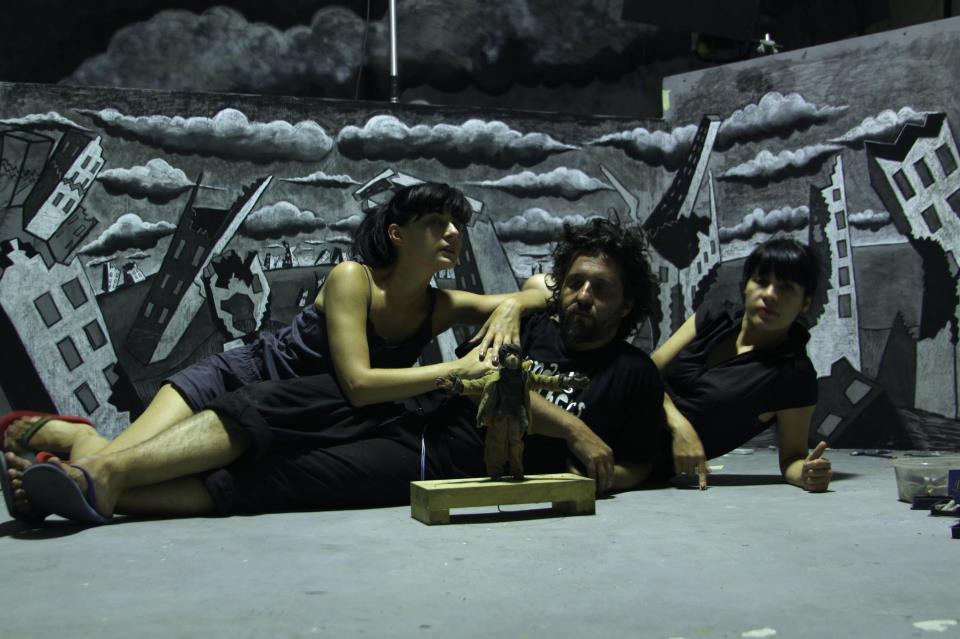 Sisters and Brother Mitevski is a family run production company based in Macedonia.
Labina, Teona and Vuk successfully launched their company in 2001. Labina is one of most acclaimed actress coming from Balkan region, starting her carrier in Golden Lion awarded and Oscar nominated film Before the Rain. In the company she is responsible for the production. Teona is director who finished her master degree at the prestigious Tish School of Art, NYU and Vuk is painter and sculptor, working as set designer and art director.

In 2001 they started with short film Veta, which received the Special Jury award at the Berlin Film Festival.How I Killed a Saint was first feature film, which was made under the auspices of Sisters and Brother Mitevski. The film premiered at the 2004 Rotterdam Film festival, Tiger Competition and has won numerous prizes around the world like Best European Film at the Crossing Europe Film festival, Linz, Austria. Sisters and brother Mitevski in 2004 produced I Am from Titov Veles which has been theatrically distributed in 15 countries in 2008/2009, including in the USA, and was screened in the official competition at the following festivals: Berlin Film Festival – Panorama Section; Sarajevo Film Festival, where it won Special Jury Award; Toronto Film Festival -Discovery section. The film also screened at 2008 Cannes Film Festival – ACID selection and was invited to more than 80 festivals around the world and won over 20 international awards.

The Woman Who Brushed off Her Tears with Victoria Abril made its world premiere at the 2012 Berlin Film Festival (Panorama Special), and traveled to more than 40 worldwide film festivals: the 2013 Pusan Intenational Film festival and 2014 edition of Visions Social, a side section to the Cannes Film festival among others..

Sisters and Brother Mitevski in 2014 have finished a documentary about Mother Teressa, made for Macedonian National Television.

When the day had no name by Teona S. Mitevska premiered at the Berlinale, Panorama Special 2017, travels around the world on festivals and receives wide distribution including South East Asia and China. The company in 2016 coproduced Sieranevada by acclaimed director Cristi Puiu , premiered at Cannes Film Festival 2016 and Nightlife by Damjan Kozole premiered at Karlovy Vary Film Festival, 2016 where it won Cristal Globus for Best director.

They are currently in postproduction of their short drawing animation Edna, animated and directed by Vuk and postproduction the new film of Teona, God exists, her name is Petrunija. Their latest coproduction is the new film by acclaimed Turkish director, Bilge Nuri Ceylan The Wild Pear Tree, which had premier at Cannes Film Festival, competition program 2018.

Labina Mitevska, producer and managing director of Sisters and Brother Mitevski Production is member of the European Film Academy and country representative of EAVE program for Macedonia. In 2014 she was part of the program PRODUCERS OF THE MOVE by EFP at Cannes Film Festival.

Sisters and Brother Mitevski company motto is: Cinema is first and foremost a visual form and it is our duty to use it masterfully and push its limits